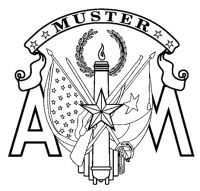 We will gather at Yazoo Brewery Taproom starting at 6:00 pm. Meal will begin at approximately 6:30 pm, and the program around 7:15 pm.

Yazoo is located at 900 River Bluff Dr in Madison, TN. Just off of Myatt Drive, turn beside the Dollar General and go to the end of the block. You’ll see Yazoo to your right. Plenty of free parking.

Our Muster Speaker this year is Rebecca Adair Beloney ’86. While at Texas A&M, Rebecca was a member of the Battalion and Aggieland Staff. She received her Masters Degree in adult learning from the University of Wyoming in 2012. She spent 5 years as full-time live-in residence hall director at Texas A&M and 6 years at the University of Wyoming. She worked on the Texas A&M University System staff in a variety of roles for almost 20 years, including communications, publications, human resources, and admissions. She was Texas A&M University Academic Coach at the Academic Success Center (until 2015) and worked at Volunteer State Community College in Gallatin TN (until 2019). She is the author of new book “Whatever’s next, it’s not 13th grade” for parents of college students.

Dinner will be catered by Slow Burn Hot Chicken. Your first pint from Yazoo will be included with your dinner ticket. (Non-alcoholic drinks will also be provided. No outside alcohol allowed in the taproom.)

Purchase Tickets Here
Adult tickets are $25.
Children 12 and under are $7.

Dues paying members will received $5 off their ticket price and a club branded gift. Dues go towards hosting future events, help towards scholarship funding, and will get you special benefits at future events through the year.

Adult ticket prices will go up to $30 after April 10th and at the door, so grab your tickets early!

New this year is a $0 ticket option. This is simply an option to be counted as attending so we know how big of an area we need in the taproom. You will not be counted in the food count, nor receive the first pint. (You can purchase at the door if you change your mind that night.) 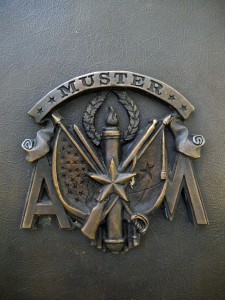 Century-old roots provide the basis for Muster as Aggies know it today. It has changed, yet the Spirit in which it was established remains the same. Since the founding of Texas A&M, every Aggie has lived and become a part of the Aggie Spirit. What we feel today is not just the camaraderie of fellow Aggies, it is the Spirit of hundreds of thousands of Aggies who have gone before us, and who will come after us. Muster is how that Spirit is remembered and celebrated, and it will always continue to unite Texas A&M and the Aggie family. A&M may change, but the Spirit never will.

In the Beginning…
Aggies gathered together on June 26, 1883, to live over again their college days, the victories and defeats won and lost upon the drill field and in the classroom. By April 21, 1903, this annual gathering evolved into a celebration of Texas Independence on San Jacinto Day. These early meetings included field games and banquets for Aggies to reflect and celebrate their memories of Aggieland. “Let every alumni answer a roll call,” wrote the Former Students. It was not until 1922, however, that April 21 became the official day of events for all Aggies; thus, the annual tradition of Muster was born. The March 1923 Texas Aggie urged, “If there is an A&M man in one hundred miles of you, you are expected to get together, eat a little, and live over the days you spent at the A&M College of Texas.”

Bigger and Better…
Still remembering and honoring the time spent in Aggieland, the tradition of Muster has grown in strength, in meaning, and in spirit. By 1929, the meetings had spread worldwide, and in 1942 Aggie Muster gained international recognition. Twenty-five men, led by General George Moore ’08, Mustered during the Japanese siege of the Philippine island of Corregidor. Knowing that Muster might soon be called for them, these Aggies embodied the commitment, dedication, and friendship that is the essence of the Aggie Spirit. They risked their lives to honor their beliefs and values. That small group of Aggies on an outpost during World War II inspired what has developed into one of our greatest traditions.

Today…
Muster is celebrated in more than 300 locations worldwide, with the largest ceremony taking place on the Texas A&M campus in College Station. The ceremony brings together more Aggies worldwide on one occasion than any other event.

Our club calendar year runs Muster - Muster, but you are welcome to pay your dues at any point in the year! Dues help pay for events, a small portion goes towards our scholarship, and you will receive discounts on some events as well as an item of club merchandise. Current merchandise items are t-shirts and baseball caps. You may choose which item you would like to receive by emailing the club.

*Please note, no matter what point in the year you pay dues, they will expire when it is time to purchase your tickets for the next Muster.

Our Facebook group is a great place to have an open dialogue with fellow Aggies in the area. Ask questions, share news, etc. FYI: you will have to be approved to join, so definitely showing some tie to Texas A&M University gets you added faster.